Games are one of my few passions in life. The other is getting a great bargain!

That’s why I generally find myself avoiding the latest releases like the plague. It’s not that I don’t want to play them, it’s just that I struggle to justify spending so much on what these days (more often than not) turns out to be an incomplete buggy mess.

Much better to wait it out, so that patches can fix everything up nicely, and so that any extra content can be released. By this point you can also grab the whole lot for a fraction of the cost!

SO WHY THIS BLOG?

I’ve found myself playing a lot of really fantastic games recently, and I just really want to shout out about how great they are.

So no, I’m not dead. ‘The Late Gamer’ refers to the fact that I’m playing these games later than most people.

Whether people read my ramblings or not doesn’t really bother me. But if even just one like-minded individual stumbles across a game they missed out on thanks to this blog, then that’s a massive mission accomplished as far as I’m concerned!

I work full-time and have to fit my gaming around various other commitments.

I’m a bit of a completionist, so I generally try to finish everything 100% in whatever I’m playing at the time. Whether that’s finding all of the pointless collectables, or going for some ridiculous grind-fest of an achievement.

What this means is that some games take me quite a while to finish. So I’ll review them as and when I’m done with them, which will be quite sporadic.

Disagree massively with something I’ve said? Or perhaps you’ve got a recommendation for something you reckon I’ll like?

There are plenty of ways to get in touch with me!

What do you think? Cancel reply

Who is the late gamer? 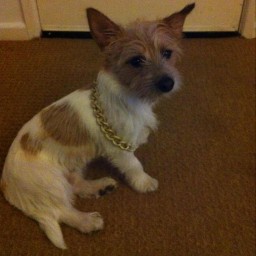 I'm just a guy who loves video games and bargains, meaning I get round to playing things long after they release. This blog is where I share my thoughts on whatever I've been playing recently.

Not dead, just playing games a while after release